How friendly is propane when it comes to the environment? For one, it is NOT regarded as a greenhouse gas. It’s listed as an approved clean energy source by the 1990 Clean Air Act.
Now, like any gas, propane does have emissions, but they’re far, far lower than that of other common fuels such as gasoline. While it does emit low levels of carbon dioxide, propane does not release any wastes such as sulfur dioxide, nitrogen oxides or methane.
Regarding carbon emissions, here’s how propane stacks up against three of its main competitors: Gasoline, electricity, and natural gas.

Compared to gasoline, propane emits 60% less carbon monoxide and nearly 100% less particulate matter than diesel.
Also called particle pollution, particulate matter is the term for a mixture of solid particles and liquid droplets found in the air. Some particles, such as dust, dirt, soot, or smoke, are large or dark enough to be seen with the naked eye. There’s a big reason why forklifts in most warehouses are powered by propane and not diesel or other fuels.

Propane again stands tall above that of electric power. It generates more BTUs (BTUs or ‘British thermal units’ are measurements of energy) than an equivalent amount of electricity, so you need much less propane to produce the same amount of energy. Today’s clean-burning propane appliances are also far more efficient than their electric counterparts, too. While some might say that electricity has “no emissions” at the point of use, the true tale is much more startling.
According to a study done by the Energy Information Administration on Greenhouse Gas Climate Change, more than half of the electricity we use in this country is generated at coal-fired plants, which produce a whopping 81% of our nation’s CO2 emissions.

The switch to natural gas as a fuel to produce electricity isn’t a much better alternative.
Although natural gas combustion produces almost 45% fewer carbon dioxide emissions than coal, lower levels of nitrogen oxides and particulates, and nearly no sulfur dioxide and mercury, natural gas is composed primarily of methane, a greenhouse gas far more potent than carbon dioxide when released into the atmosphere.

Carbon emissions have been shown to contribute to the planet’s climate change, leading to global warming and harm to water supplies and food crops. However, if you’re a propane gas user, no worries. You’re doing the environment a huge favor! What’s more? LG Jordan of Apex, North Carolina, offers stress-free propane delivery service across the Wake, Chatham and surrounding five-county area. We can help you do your part and take it easier on the environment with your fuel usage, too!
To help in that mission and for more information on LG Jordan’s propane services, please contact us today! 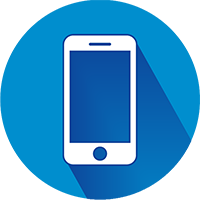 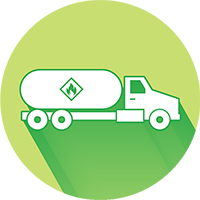 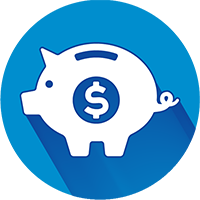